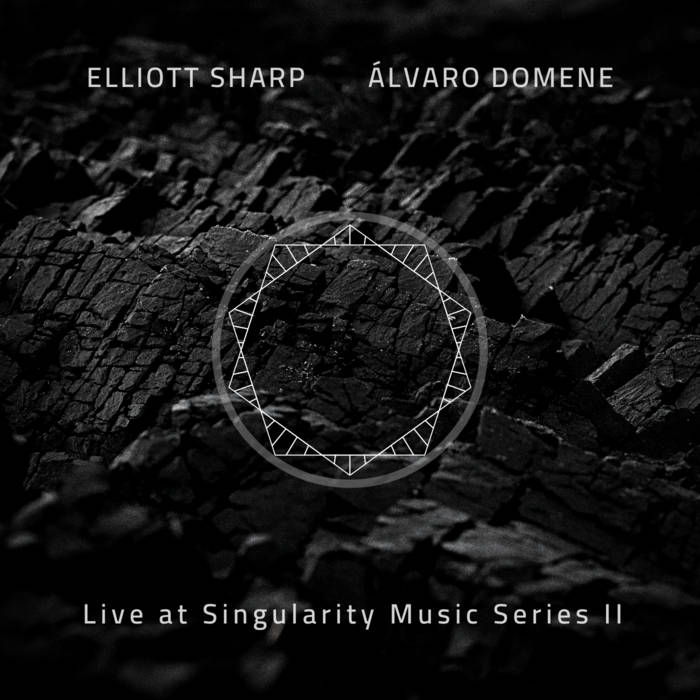 This time, we are presenting a fantastic avant-guitar duo performance of spontaneously composed music by Elliott Sharp and Álvaro Domene.

Sharp and Domene have collaborated in recent times both in the studio and live in concert, in such projects as Expressed By The Circumference, with drummer Mike Caratti (ilusorecords.bandcamp.com/album/expressed-by-the-circumference), and with avant-metal quartet PHONON, with Weasel Walter and Colin Marston (weaselwalter.bandcamp.com/album/alloy). On this live recording, their first public duo performance was beautifully documented by Dane Johnson in front of a enthusiastic and captivated audience at the Singularity loft in Kingston, New York.

Due to their shared fascination for the cosmos, the 4 pieces on this recording were titled after the four primary sources of observational evidence for the big bang theory: