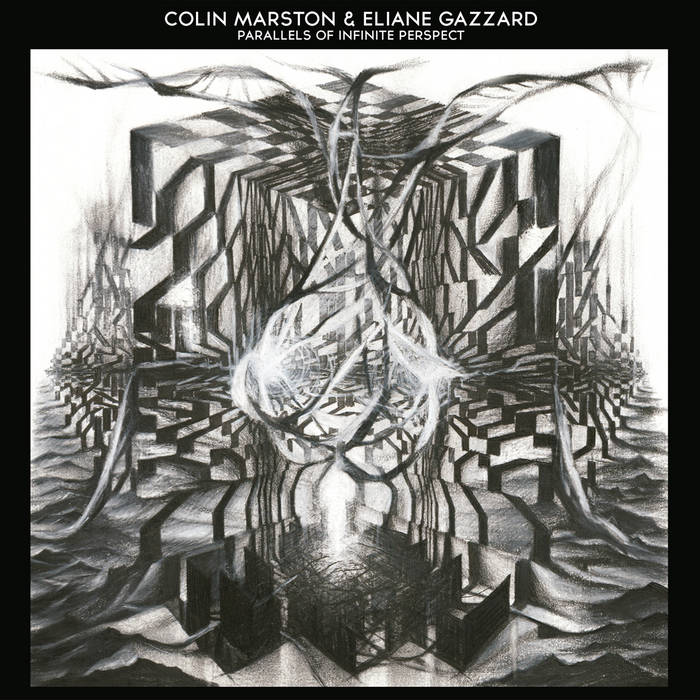 Eliane Gazzard is a New York based musical alchemist whose deeply expressionistic work searches the realms of spirituality through technology. Gazzard’s solo output explores dark ambience, drone and harsh noise. She played bass guitar in Calgary death metal band Akakor, is a regular collaborator with Colin Marston and has also worked with Mick Barr, Brandon Seabrook and others in the extreme world of noise and metal.

Parallels of Infinite Perspect is an epic experiment exploring ambience, harsh noise and ritualism through a process of feedback manipulation generated with effects pedals sent to amplifiers and a pitch-to-MIDI converter feeding a player piano (Disklavier). The piano was forced to interpret the feedback (which is fairly abstract in terms of pitch and rhythmic content), creating both deeply mediative and chaotically unpredictable results and comprises four variations on this process:

The album comprises four long form pieces running in at over 75 transfixing minutes during which no single moment is wasted. Parallels of Infinite Perspect takes the listener on an enthralling sonic journey through territory that is simultaneously unsettling and therapeutic.